Ludwig von Mises (1881-1973) was the greatest economist of my time. His greatest works can be accessed here at no charge.

Mises believed that property, freedom and peace are and should be the hallmarks of a satisfying and prosperous society. I agree. Mises proved beyond a shadow of a doubt that the prospect for general and individual prosperity is maximized, indeed, is only possible, if the principle of private property reigns supreme. What's yours is yours. What's mine is mine. When the line between yours and mine is smudged, the door to conflict opens. Without freedom (individual liberty of action) the principle of private property is neutered and the free market, which is the child of property and freedom and the mother of prosperity and satisfaction, cannot exist. Peace is the goal of a prosperous and satisfying society of free individuals, not peace which is purchased by submission to the enemies of property and freedom, but peace which results from the unyielding defense of these principles against all who challenge them.

In this blog I measure American society against the metrics of property, freedom and peace.

What It Will Take To Save This Nation

Will the resurrection of Federalism save this nation? Nope. I think the Great American Experiment proves one thing: it's impossible to design a principled method of government for a citizenry which is, by and large, without principles.

The other day I was watching a religious broadcast on TV. A group of pious ministers was discussing the Christian lifestyle. As an aside, one minister commented that he was able to survive for a time in NYC because he knew how to obtain "free" food by jamming a hat pin into a food vending machine enabling him to take the food without paying for it. A fellow minister in the group laughed and said he wished he had learned that trick when he was a poor student struggling to get through college.

If clergymen can't comprehend the inherent evil of theft, why should a politician?

Ben Franklin said: "Only a virtuous people are capable of freedom. As nations become corrupt and vicious, they have more need of masters."

Were The Founders truly virtuous people? I don't know. I do know that precious few Americans today understand the principle of private property and even fewer practice the virtue of honesty. Our culture has rationalized and legitimized theft by accepting and institutionalizing the practice of robbing Peter to pay Paul -- a practice politicians adore and Americans voted to create. The devolution in this nation from federalism to nationalism only made this evil system more efficient.

Posted by Sherman Broder at 8:06 PM No comments:

Why Cooperative Societies Crack Up

“…unchecked greed is bad. It becomes exploitive, even murderous.”

Words of wisdom from the proprietor of one of my favorite websites.

Does raw "greed" mechanically turn every bank employee into an embezzler? No. Thousands of bank employees have an opportunity to steal, but few do. Why? Their personal virtue checks the temptation.

Hell, we all are tempted by greed at one time or another, but we all have the power to resist the temptation. Whether we use that power or cross the line and succumb to temptation is what separates honest citizens from criminals. Personal, private virtue is the source of that power.

A free, productive, cooperative society cannot long exist without private morality and private virtue. Our founders knew this and expressed the principle clearly.

Our founders were worldly-wise as well. They knew that some citizens among us are weak-willed and/or without private virtue. So, in order to protect and preserve our cooperative society, they created laws against theft and murder, and a public authority to enforce those laws.

From the standpoint of society it does not matter what motivates the thief or the murderer. What matters is whether or not our public authority does it's job with integrity and honor. A corrupt public authority is one that allows those who break the law to get away with their crimes or even to profit from them and get off scot-free.

Today the executives of Big Pharma might be characterized as excessively greedy, as they conspire with our public authority to mandate vaccinations for all citizens so that both profit immensely. But greed is not the villain here. The villain is our corrupt public authority.

his is why cooperative society's crack up. Citizens with private virtue recognize the behavior of criminals and the corruption of the public authority that enables such criminal behavior and even becomes a partner in that behavior. Eventually -- and perhaps understandably -- these virtuous citizens become righteously enraged. They decide to bypass the corrupt public authority. They take the law into their own hands and dispense vigilante justice.

Our cooperative society in America is now at the edge. Don't be surprised if it cracks up in a sea of bloodshed.

Posted by Sherman Broder at 2:33 PM No comments:

As this Covid-19 saga has progressed over the last 18 months, I've heard people speculate on "Why?" Why the lies? Why the censorship? Why the ban on effective treatments? Why the insane push for vaccines?

We've been voting more and more power to the federal government since this nation was founded. We fought a Civil War to preserve and endlessly expand that power. And now the federal bureaucrats and politicians who have that power are treating us like serfs, calling us "useless" eaters, vowing to destroy the governors of states that refuse to obey their edicts.

Make no exceptions. Give them no quarter. Say "NO" and mean it.

Above all don't be conned. When someone from the federal government promises he is there to help you, don't EVER buy into his lie, no matter what your personal benefit might be.

Private property and individual liberty are our absolute right and our salvation. Anyone -- and I mean anyone -- who opposes this truth is your deadly enemy.

Act accordingly.
Posted by Sherman Broder at 9:57 AM No comments:

IF THIS VIDEO DOES NOT MAKE YOUR BLOOD BOIL, YOU ARE EITHER UN-AMERICAN OR BRAIN-DEAD!

When I vote in person and when my ballot is sucked into the election computer for tabulation, I assume that ALL the voting machine is doing is reading my ballot and automatically adding it to the tally of votes from my fellow citizens. In other words, I assume the machine which eats my vote is no more and no less than an automated adding machine with the simple ability to read my ballot and do basic arithmetic, i.e., to ADD.

Now, as a direct result of watching the attached video from Mike Lindell, I learn that the machine that sucks up my vote is not merely a glorified adding machine, but might be a sophisticated computer which has the ability to question my vote, “weight” my vote and change my vote under certain circumstances. Not only that, but this machine might be or can be connected to the internet which subjects it and my vote to all manner of security breaches and hacking by anyone with know-how and access to the internet.

I don’t know about you, but as a voting American I find this outrageous! If my vote can be overridden by a computer voting machine, or by a person who supervises the operation of that computer, or a person who has access to that computer via the internet, I ask a simple question: Why bother to ever vote in the future if this situation does not change?

1.       How can any American who watches this video doubt – in good conscience – that massive voter fraud MIGHT have corrupted the 2020 election?

2.       How can any American who watches this video have confidence that his vote will count in future elections if the current system does not change?

3.      Media apologists who claim the election was totally honest and that fraud did not occur have claimed that voting machines in swing states were NOT able to be connected to the internet. This is an easy issue to resolve. A simple examination of the machines would suffice. In the video a technician alleges that the voting machine instruction manual gives step by step directions on how to connect the machines to the internet. This is an easy allegation to verify. Surely you agree.

4.       How can any American who watches this video NOT insist that the allegations in this video – in the very least – ought to be investigated by the DOJ?

5.       How can any American journalist who calls himself a professional not be motivated to investigate these allegations?

7.       When a process goes from simple and easy to understand (hand-counting of ballots) to something complex and virtually incomprehensible (computer-processed voting), the potential for fraud undetected by the public increases exponentially. Which begs the question: Why do we need sophisticated computers, possibly connected to the internet, to tabulate votes in American elections? Canada counts votes by hand. And in America, if a judge orders a hand recount of ballots, that recount can be accomplished in the space of 24 to 48 hours. So, give me one solid reason why election votes in America shouldn’t be counted by hand from this time forward?

Posted by Sherman Broder at 6:30 PM No comments: 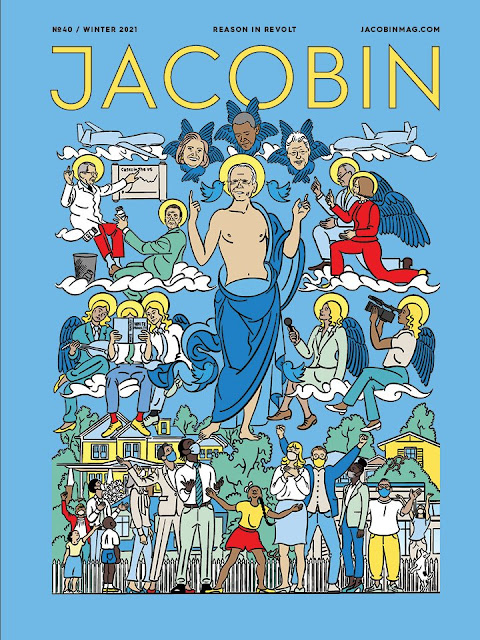 Father,I abandon myself into your hands;do with me what you will.Whatever you may do, I thank you:I am ready for all, I accept all.

Let only your will be done in me,and in all your creatures –I wish no more than this, O Lord.

Into your hands I commend my soul:I offer it to you with all the love of my heart,for I love you, Lord, and so need to give myself,to surrender myself into your hands without reserve,and with boundless confidence,for you are my Father.

Posted by Sherman Broder at 11:13 PM No comments: 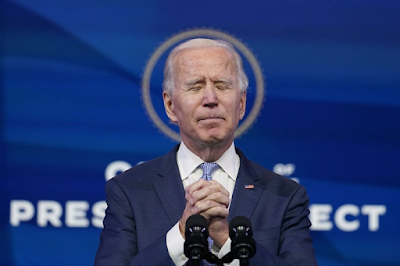 I pledge allegiance to the President of the United States of America, and to the Administration for which he stands, one Family under The Big Guy, indispensable, with equality and social justice for all.

Posted by Sherman Broder at 11:28 AM No comments:

Where in the US Constitution does it say a two-bit Governor of a State can confine me to quarters?

@GovEvers You, sir, are a power-hungry dim bulb. If we wait for you to get ahead of the curve, we'll be waiting till hell freezes over and every farm and business in Wisconsin is bankrupt! The State Legislature needs to act now!https://t.co/n1aLI4kTPL

Fellow Wisconsinites. Our liberties are at stake. Sign this petition:

Posted by Sherman Broder at 12:10 PM No comments:

Investing With The Investor Junkie